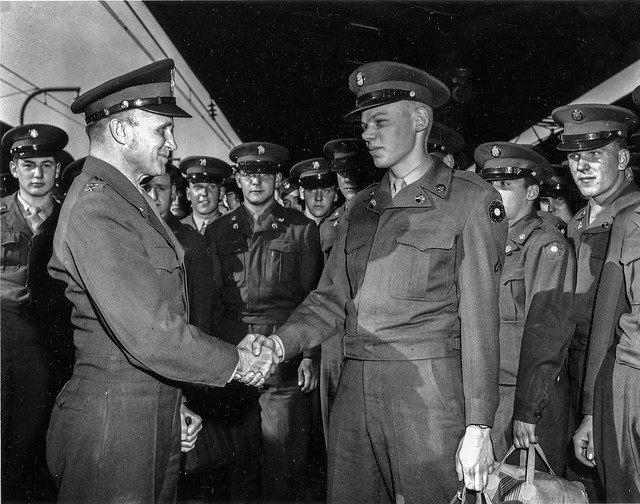 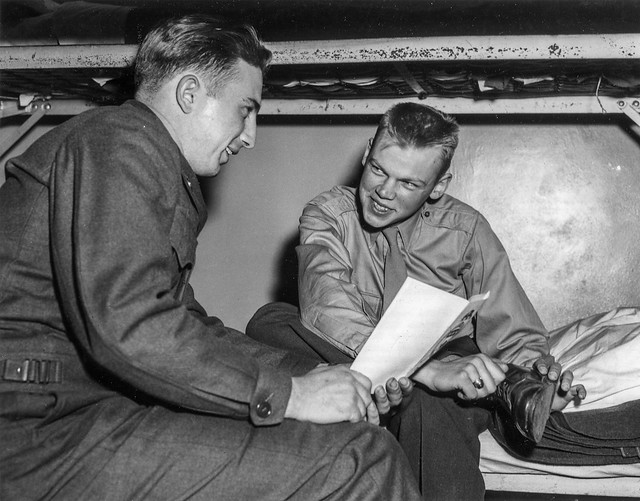 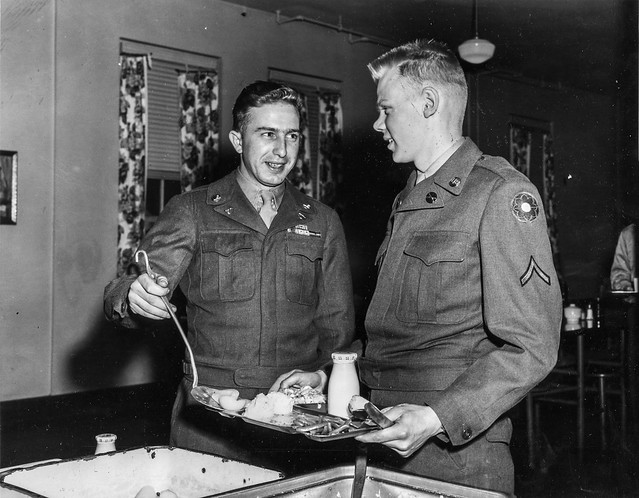 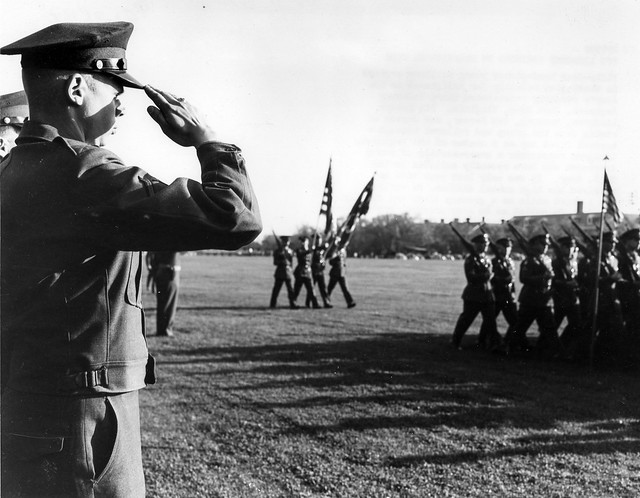 Seventy years ago today, the newly reactivated 3d Infantry Regiment got an infusion of new soldiers. Fifty-four young men, having just completed basic training at Fort Dix, NJ arrived at the Old Guard. Below is the caption that accompanied the photos:

“Fifty-four hand-picked young soldiers arrived in Washington recently for assignment to the Army’s recently reactivated Third Infantry Regiment, Fort Myer, Virginia. Pfc Joseph Lindgren, Hamburg, New Jersey, was chosen at random from the group and followed through a typical first day as a member of the regiment. Lindgren represents a cross-section of young Americans who recently enlisted in the U.S. Army. It was only last year that he received his high school diploma. He worked for a short while as a grocery clerk and finally decided to enlist as an Army private. Pfc Lindgren has undergone basic training at Fort Dix, and after being promoted to his present grade is ready to undergo extensive and specialized training with the Third Regiment. Several of his buddies are combat veterans and wear decorations for their service in the war. Lindgren is keenly intestest in sports, radio, and electronics and hopes to pursue his studies of the electrical sciences while in the service.”