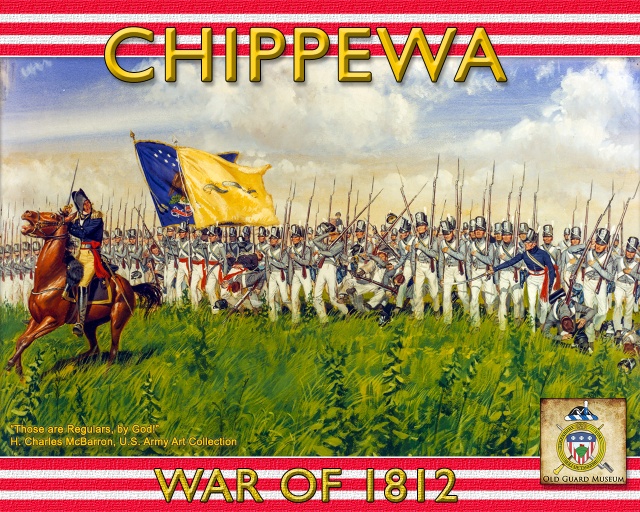 On July 5, 1814, 1,300 American soldiers under General Winfield Scott defeated British forces under General Phineas Riall near Chippewa, Canada. As battle lines formed, Riall mistook the grey uniforms worn by the Americans to be those of militia troops, who had not made a good showing in previous battles. Upon realizing his mistake, Riall exclaimed, “Those are Regulars, by God!” The American forces breached the British line by charging with bayonets fixed.

The American troops pushed the British back and would re-engage the enemy at Lundy’s Lane on July 25, 1814. The 3rd Infantry Regiment earned three battle streamers (Canada, Chippewa, Lundy’s Lane) for its role in the War of 1812.