On June 22, 1898, soldiers of the 3d Infantry Regiment arrived in Santiago Harbor, Cuba. The Regiment departed Fort Snelling, MN by train on April 19 and traveled over 1,400 miles. They arrived in Mobile, AL two days later. The Regiment trained in Mobile for six weeks, until it was transferred to Tampa, FL on June 13. Upon reaching Tampa, it was assigned to General Shafter’s force en route to Cuba and set sail ten days later, bound for Cuba. 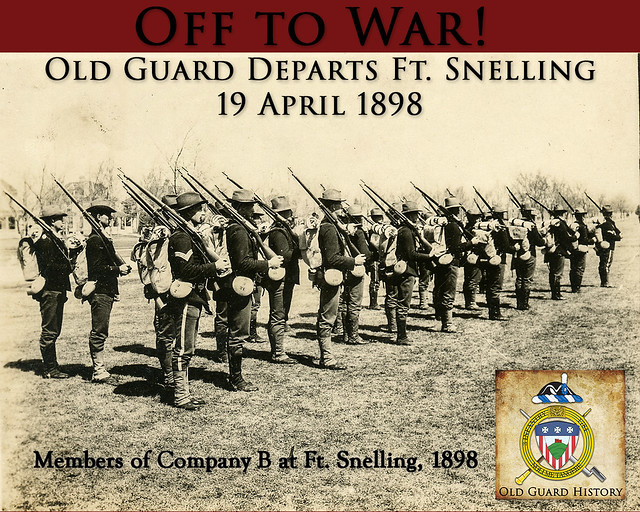 On April 19, 1898, soldiers of the Old Guard, numbering around 650 men, left Fort Snelling, MN aboard trains headed to Chicago. After a brief stop and transfer in Chicago, they headed to Mobile, AL. Mobile would serve a stop on the way to combat in Cuba. The Regiment would train and prepare in Mobile until ordered to Tampa, FL on May 1, 1898.