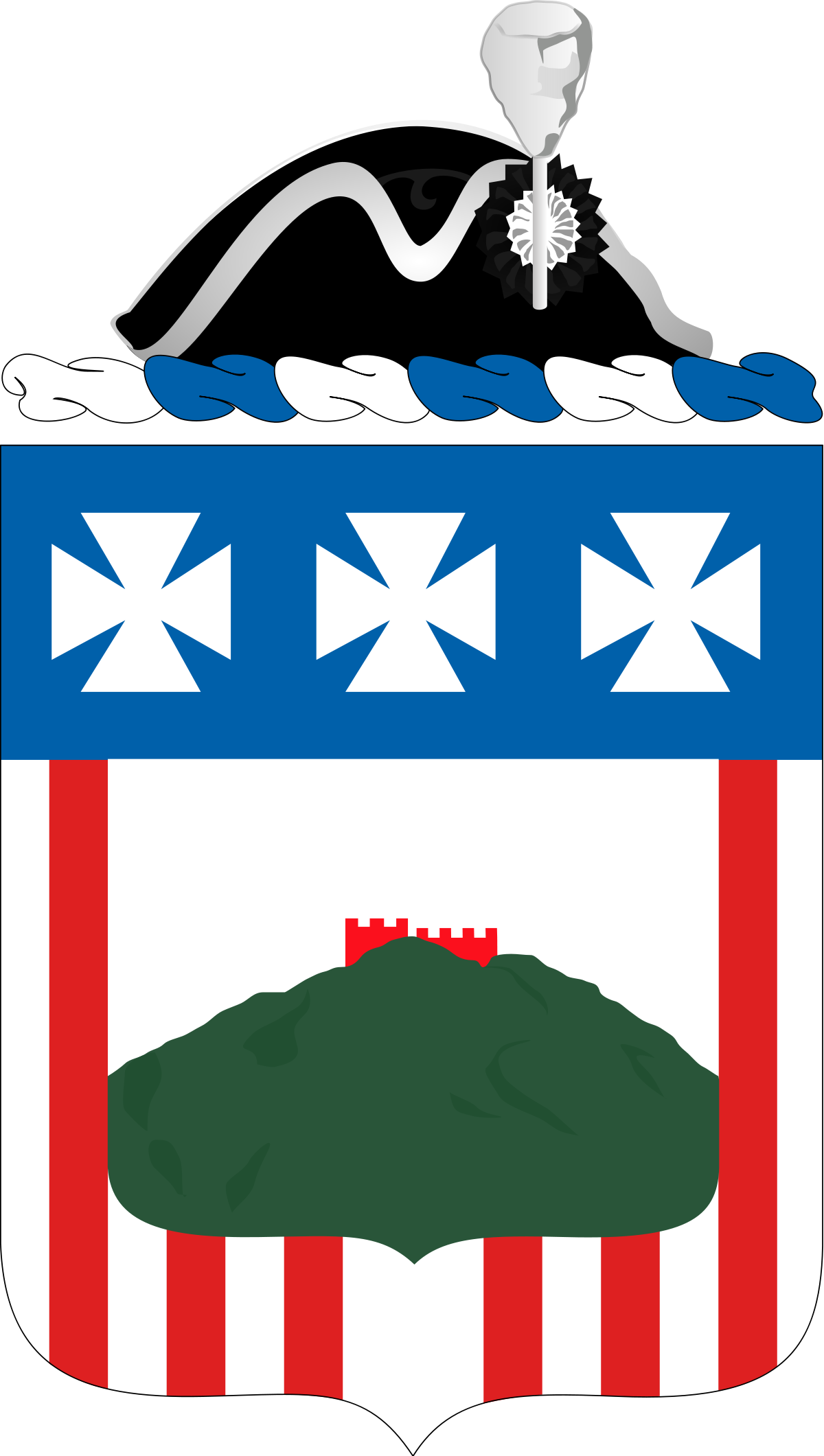 Crest: On a wreath of the colors Argent and Azure an Infantry officer’s cocked hat Sable trimmed of the first, cockade of the third, center medallion and plume White.

Symbolism: This regiment has a history since 1784. The charge on the shield symbolizes the distinguished services rendered by the regiment during the Mexican War. At Cerro Gordo the 3d and 7th Infantry carried the heights of Telegrafo Hill, crowned with strong defenses, the keynote of the enemy’s position. At Churusbusco the 3d Infantry was in the column which assaulted the citadel and General Scott’s report states “the white flags (of surrender) were not exhibited until the moment when the 3d Infantry under Captain Alexander, had cleared the way by fire and bayonet and had entered the work.” Captain Alexander then planted the colors of the regiment on the balcony. The regiment also took part in the attack on the citadel of Chapultepec and was one of the first to enter the City of Mexico. It will be noted that the hill, battlements and field are in the Mexican colors. The Chief commemorates the Civil War where the regiment served in Sykes’ Division, the badge of which was a white maltese cross. Three of these are used in allusion to the regiment’s numerical designation. The baton used as one of the supporters was made from the flagstaff of the Capitol Building in the City of Mexico at the time of its capture and is still in the possession of the regiment. The remainder of the arms is self-explanatory.