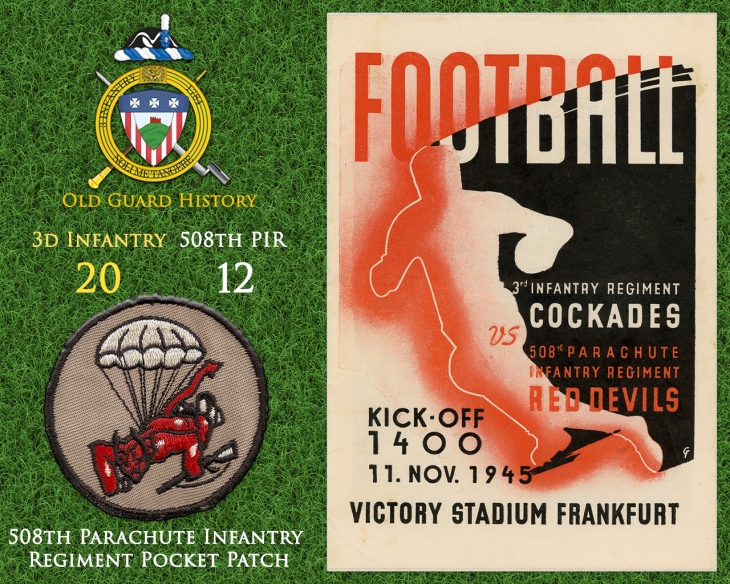 All of the games had been on Saturdays, but this week the game was moved to Sunday, which was Armistice Day. Armistice Day observed the end of the first World War, and in 1954 was changed to Veterans Day. During the pre-game and half-time, members of the home team 508th PIR observed Armistice Day tributes.