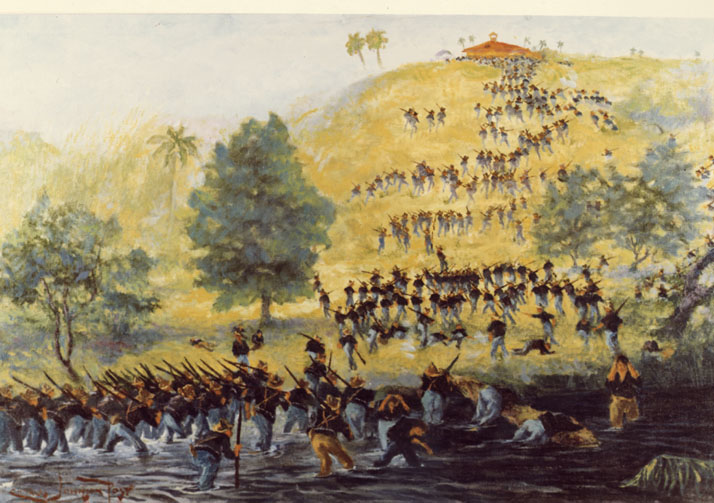 Field Hospital Back of the Lines, July 1, 1898 by Charles Johnson Post A make-shift First Aid post set up on the slopes of San Juan Hill below the Block House. U.S. Army Art Collection.

On July 1, 1898, the Regiment played a significant part in the Santiago Campaign, enduring tropical heat in woolen uniforms while storming a fortified blockhouse at El Caney that controlled a part of the city’s water supply, followed by three days of more or less continuous shelling in trenches before the city until a ceasefire was signed.

These images were painted by Charles Johnson Post, a private who served in the 71st New York Infantry. His paintings are a part of the U.S. Army Art collection that help tell the story of the Spanish-American War.