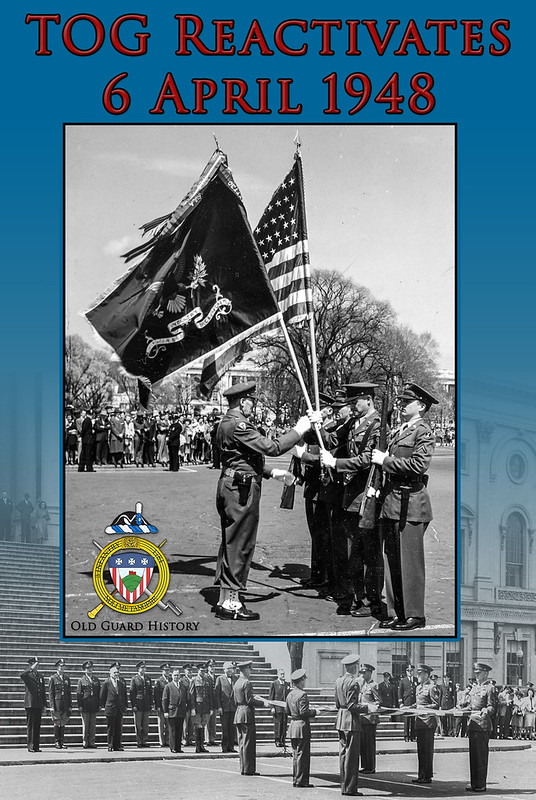 The American flag used in the ceremony was the flag that was flying over the US Capitol at the time of Pearl Harbor attack. The same flag was later raised over the three defeated Axis capitals of Rome, Berlin and Tokyo and then returned to the United States for use in ceremonies.

The missions taken up by the Old Guard had been performed by other units during World War II. The mission to protect the capital had been performed by the 703d and 712th MP Battalions since the end of the World War II. The men of the 703d were transferred to the 1st Battalion, 3d Infantry Regiment, and those in the 712th transitioned to the 2d Battalion, 3d Infantry Regiment. In the following weeks a large number of recruit trainees from Fort Dix, New Jersey were added to both battalions. The 1st Battalion was garrisoned at Fort Myer, VA and the 2d Battalion was garrisoned at newly-renamed Fort Lesley J. McNair, DC.