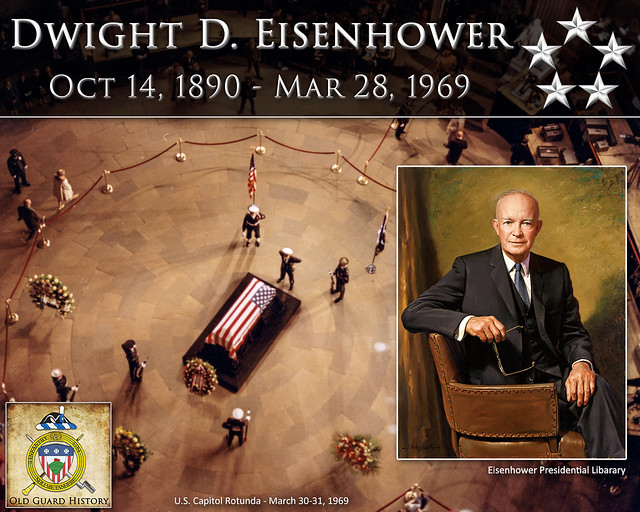 On this day in 1969, former President Eisenhower passed away at Walter Reed Army Medical Center.

President Nixon said of him, “Some men are considered great because they lead great armies or they lead powerful nations. For eight years now, Dwight Eisenhower has neither commanded an army nor led a nation; and yet he remained through his final days the world’s most admired and respected man, truly the first citizen of the world.”