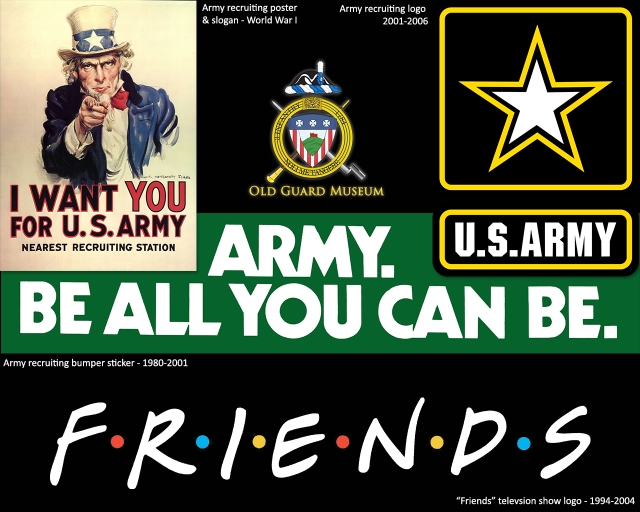 On January 11, 2001, the U.S. Army​ premiered it’s new recruiting campaign, “Army of One.” The first commercial for the “Army of One” campaign aired during an episode of the show “Friends,” as the Army attempted to reach a wider audience. Previously, the Army spent most of it television advertising budget on sporting events. The new recruiting campaign replaced the “Be All You Can Be” campaign that had been in use since 1980.

The recruiting campaign’s effectiveness was difficult to judge as the 9/11 attacks and then wars in Iraq and Afghanistan skewed feedback and recruiting numbers. The campaign was criticized for its emphasis on the individual, rather than joining to be part of a team. The Army did not reach its 2005 recruiting goals, missing the target of 80,000 recruits by almost 7,000 enlistments. The “Army of One” campaign was replaced in 2006 with the “Army Strong” campaign.