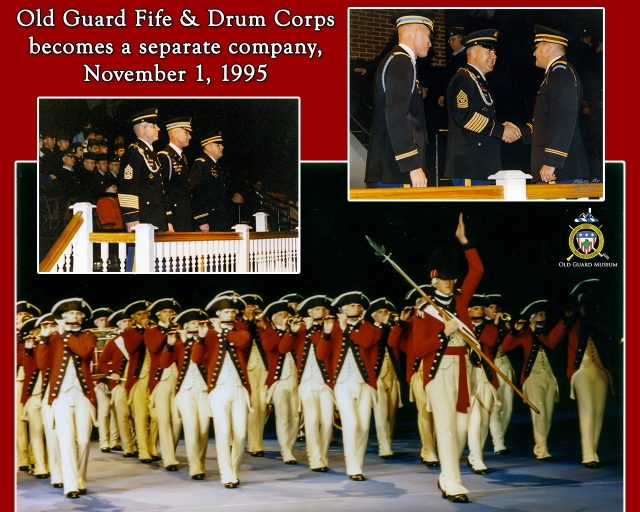 On November 1, 1995, the Old Guard Fife and Drum Corps became a separate company within the 3rd U.S. Infantry Regiment (The Old Guard). Though the Corps had existed since 1960, it had always been an element within another company in the Regiment. The ceremony took place in the newly-renamed Conmy Hall, where Regimental Commander David Huntoon, Jr. and Regimental Command Sergeant Major Michael Bergman presented the company guidon to Chief Warrant Officer 4 Steven Campbell.
View documents about the founding and early development of the Fife and Drum Corps here:
https://www.flickr.com/…/old…/collections/72157641378422083/